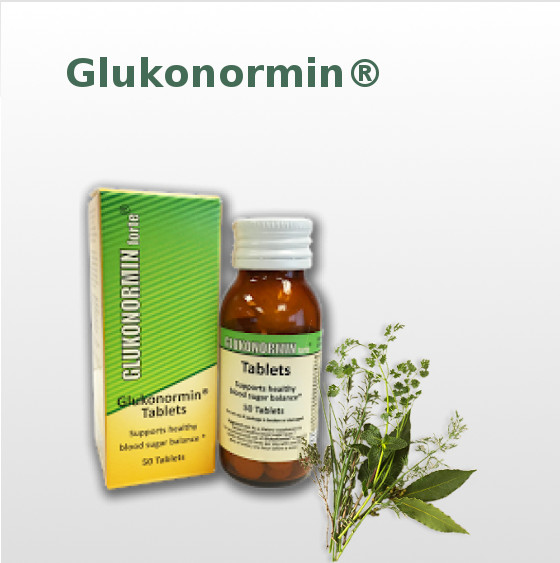 Glukonormin® forte tablets are used to adjoin the standard therapy in patients with diabetes mellitus. Glukonormin® forte tablets contain several herbal plants, which have hypoglycemic action and they also have positive effects to the pancreas function. This basic mechanism of pharmacological action of the product is due to an insulin-like compound, arginine in the Phaseoli fructus cortex, which hypoglycemic action is insulin like, signed slower but lasts longer.
Also the recent investigations show that Phaseoli fructus cortex contains chromium salts, which also has anti-diabetic action. Other components have mild hypoglycemic action, diuretic, immunostimulative, hypotensive, spasmolytic and other pharmacodynamic actions, which are useful for other diabetes mellitus symptoms.

Glukonormin® forte tablets are administered as prophylaxis and lowering the level of blood glucose in patients with diabetes mellitus.
It can be taken concomitantly with the administration of insulin or other hypoglycemic medicinal products.

The common way of use is three times a day two tablets with glass of water.